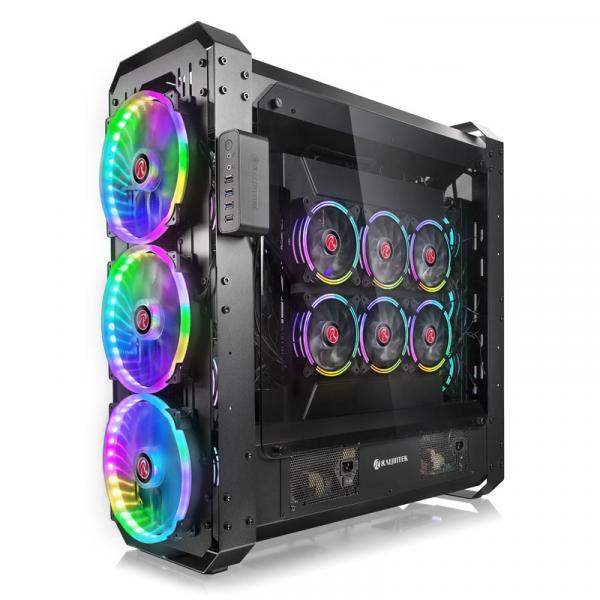 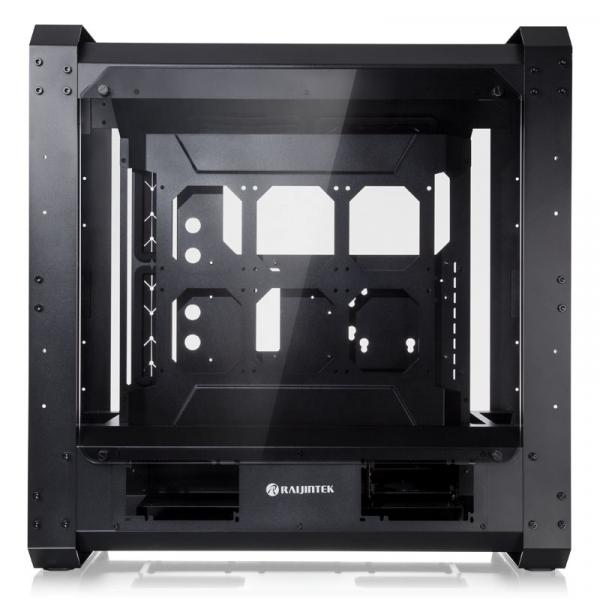 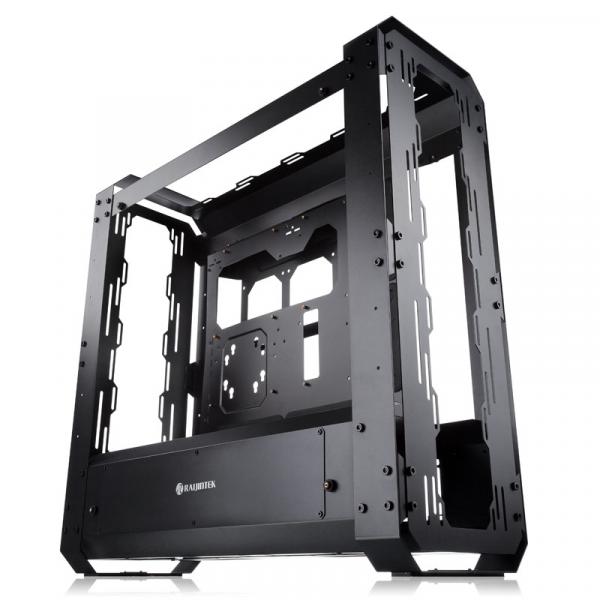 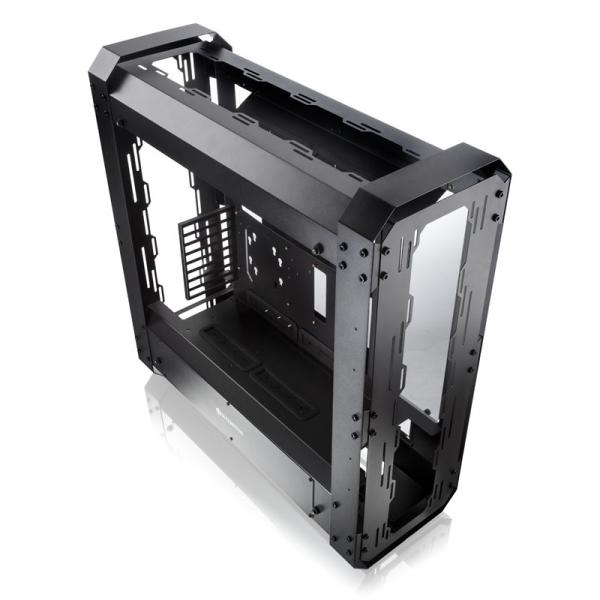 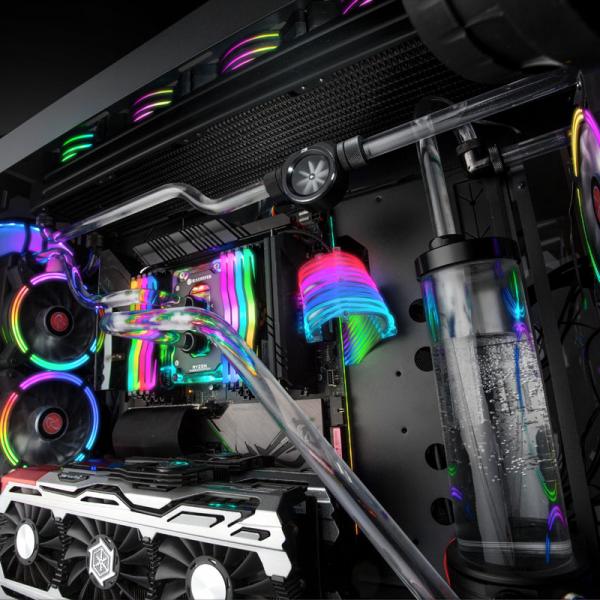 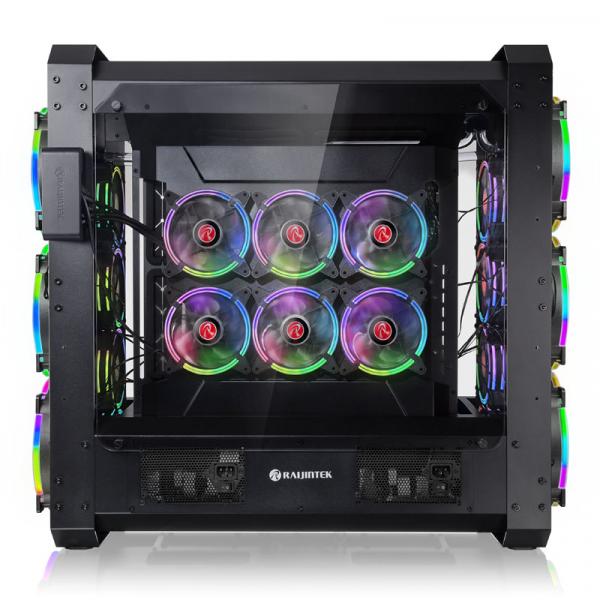 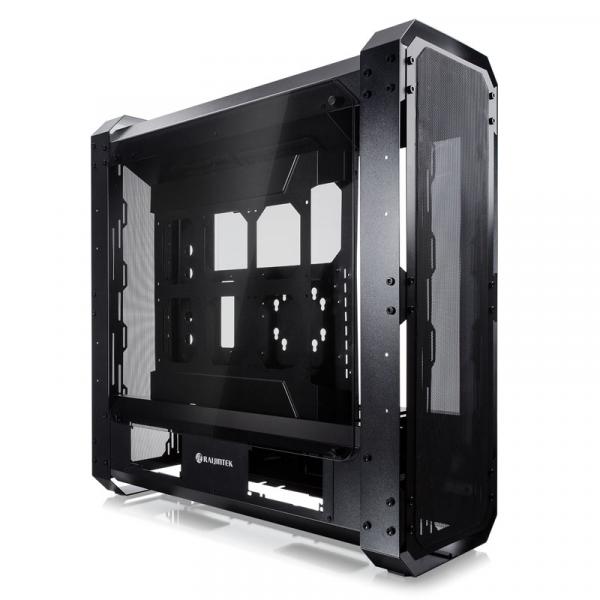 Calling all modders and enthusiasts: allow Raijintek to present the Eris Evo, their unique Super-Tower showcase, which they are presenting as a part of their All-Hardcore series. The Eris Evo also offers superior structural integrity, given that the chassis is manufactured using solid steel from the ground up. The exterior of the cases stands out from the competition with its striking implementation of a brushed aluminium front panel and use of two side panels consisting of 4mm of solid tempered glass. Where the true strength of the Eris Evo lies however, is on the inside: with masses of space, the chassis makes the perfect home for high-end streaming setups. Moreover the modularity of the case offers an abundance of welcome features for modders.

Given its gargantuan proportions, it almost goes without saying that the interior of the Raijintek Eris Evo is more than capable of fitting SSI-EEB form factor motherboards that support dual-CPU setups. What is unusual in this instance however, is the support for two Mini-ITX motherboards next to one another, something that is ideal for building super powerful streaming systems. Graphics cards up to 51.2cm in length can be installed in the Raijintek Eris Evo. Four dual-slot graphics cards fit horizontally across the eight PCI slots. Alternatively, two dual-slot cards can be installe vertically, with a compatible bracket coming bundled in with the case.

All this high-end hardware will naturally need to be powered, and fortunately the case supports two ATX power supplies for exactly this purpose. What also stands out from the competition is the modular design of the PSU shroud. The panel can be unscrewed and removed from the front to enable quick and easy access to the PSU’s cables, which are installed diagonally. A bracket for the second power supply slot is also included, should only a single PSU be required. The space occupied by each power supply can instead be used for an HDD cage if needed, where two 3.5”- or 2.5” drives can be installed. An additional storage device, in either form factor, can be attached to the rear of the motherboard tray.

Those who prefer to opt for air cooling are equally well catered for when it comes to keeping temperatures down. The front- and rear both support up to five 120mm-, four 140mm- or even three 200mm fans. Behind the motherboard tray lie slots for up to six 120mm fans. The roof supports up to four 120- or 140mm fans, the RGB-LEDs of which can be admired from afar via the 4mm thick tempered glass side panels. When it comes to CPU coolers, 170mm of space should be more than sufficient for even the largest tower-style coolers.

The front consists of 3mm thick, brushed aluminium in a unique design which is mounted in a similar manner to the tempered glass side panels, whereby a gap allows air to flow unobstructed over the components that need the most cooling. The modular I/O panel is also an unusual feature, offering four USB 3.0 slots and HD Audio support. It can be attached to a total of ten slots at the top front or rear or laterally left and right, front and rear respectively. This makes the case an ideal case for modders and all those who want to assemble their own individual setup.

The features of the Raijintek Eris Evo at a glance: 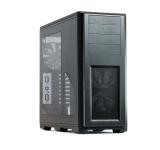 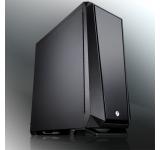 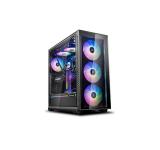 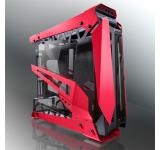